Why is IT Infrastructure Management Important?

The needs of any organization’s IT infrastructure management generally boil down to three things. Is it cost-effective, efficient, and secure? Our team provides the process, structure, experience, and vision to ensure all of your needs are met.

The Benefits of IT Infrastructure Management: 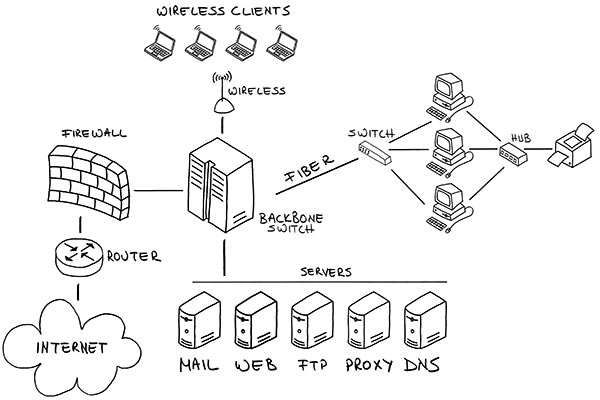 iWhat is IT Infrastructure?

IT infrastructure generally refers to the hardware, network, facilities, and enterprise software that supports your organization’s technology. Infrastructure often includes the policies that define these systems because proper planning, implementation, and management are critical to stability. Below are the core categories of IT Infrastructure:

Networks connect your organization internally and to other locations across the globe. Your network’s hardware may include routers, firewalls, switches, wireless access points, and also cabling and rack equipment. Aside from the hardware, both virtual network applications and software, such as a Virtual Private Network (VPN), are designed to provide access control. Hardware firewalls generally provide the first wave of cyber-security for your network in their role as internet gatekeepers. VoIP telephone systems also can fall under networking because they run on the same infrastructure that transmits your data.

Data security, redundancy, and accessibility are equally important parts of data storage management. Both the hardware and software components used to backup, retrieve, organize, and encrypt your data are considered IT infrastructure. Data can be housed in either a data center, a cloud server or on-premises server. Business Continuity and Disaster Recovery (BCDR) solutions specifically provide near-instant access to usable backups. Devices such as Datto’s Siris, in particular, protect your data from natural disasters and ransomware attacks. BCDR is undeniably an improvement from older technology. Until recently, businesses would lose access to data for days while backups were placed into a usable state.

Servers, mainframes, workstations, laptops, desktops, and mobile devices are all part of IT infrastructure. Cloud servers and Desktops as a Service (DaaS) should be included as well due to their use of cloud-based hardware.

The interface between a user and their computer includes common operating systems such as Windows, Mac OS X, Linux, Unix. You will find Android and iOS in most mobile environments. Patching and updates are required frequently in order to keep your systems secured and functioning properly. Major updates are tested before wide release to minimize the possibility of unexpected issues arising.

Modems provided by your Internet Service Provider (ISP) and VoIP provider require management for a network to function properly. Websites and cloud applications are also considered IT Infrastructure as each requires a server and regular maintenance to function as needed.

E-mail and productivity applications such as G-Suite and Microsoft Office 365 are examples of infrastructure in the form of Software as a Service (SaaS). AntiVirus, Spam Filtration, and ERP/CRM software such as Microsoft Dynamics also requires oversight and setup of access control.

* Your information will never be sold or given to a 3rd party.